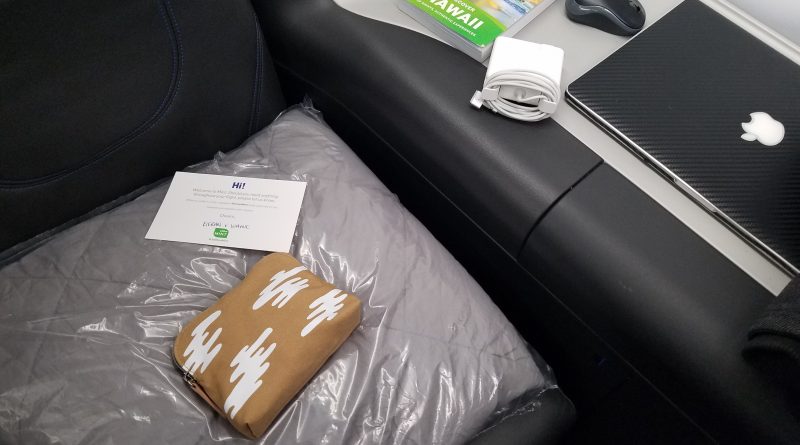 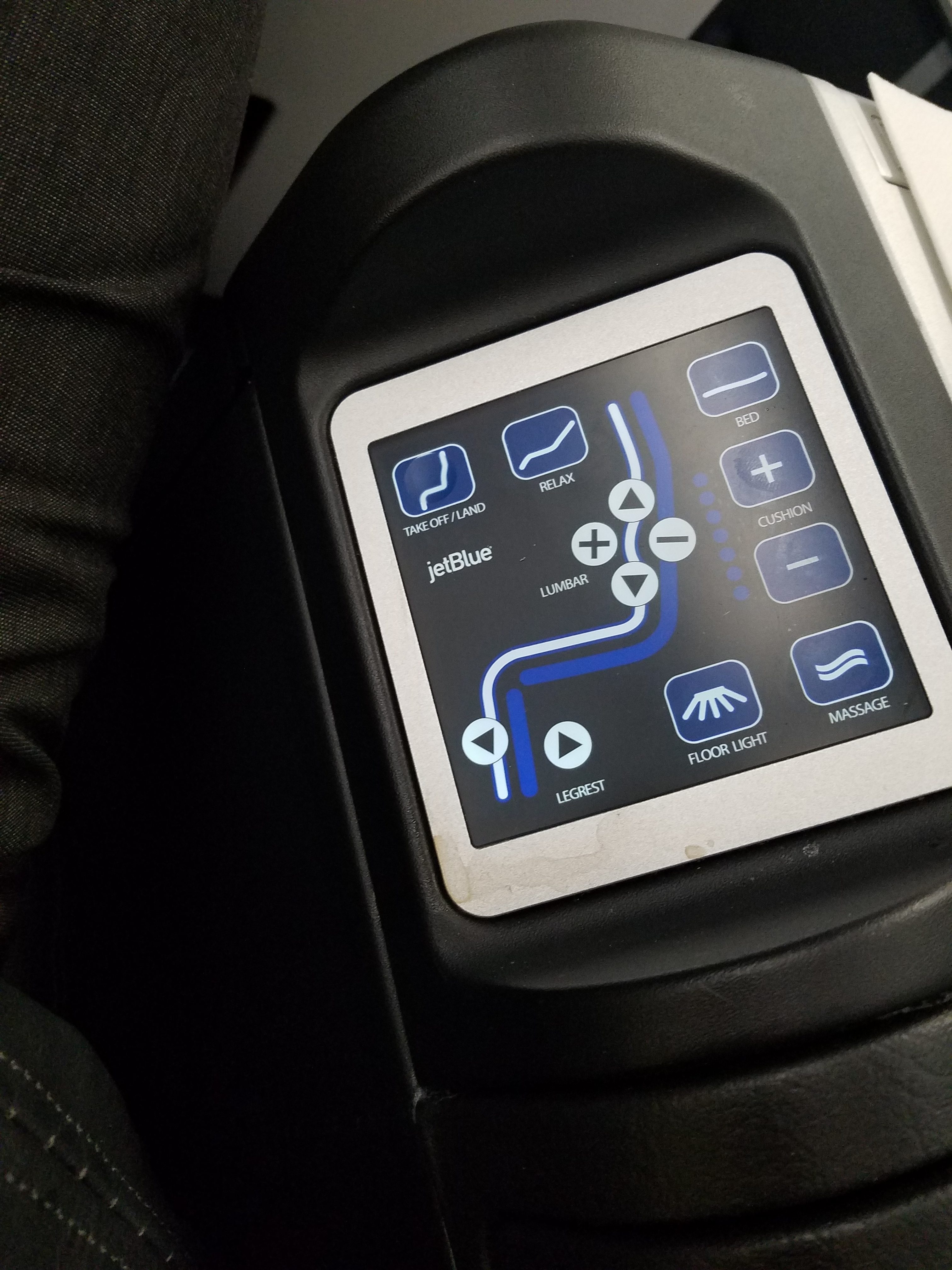 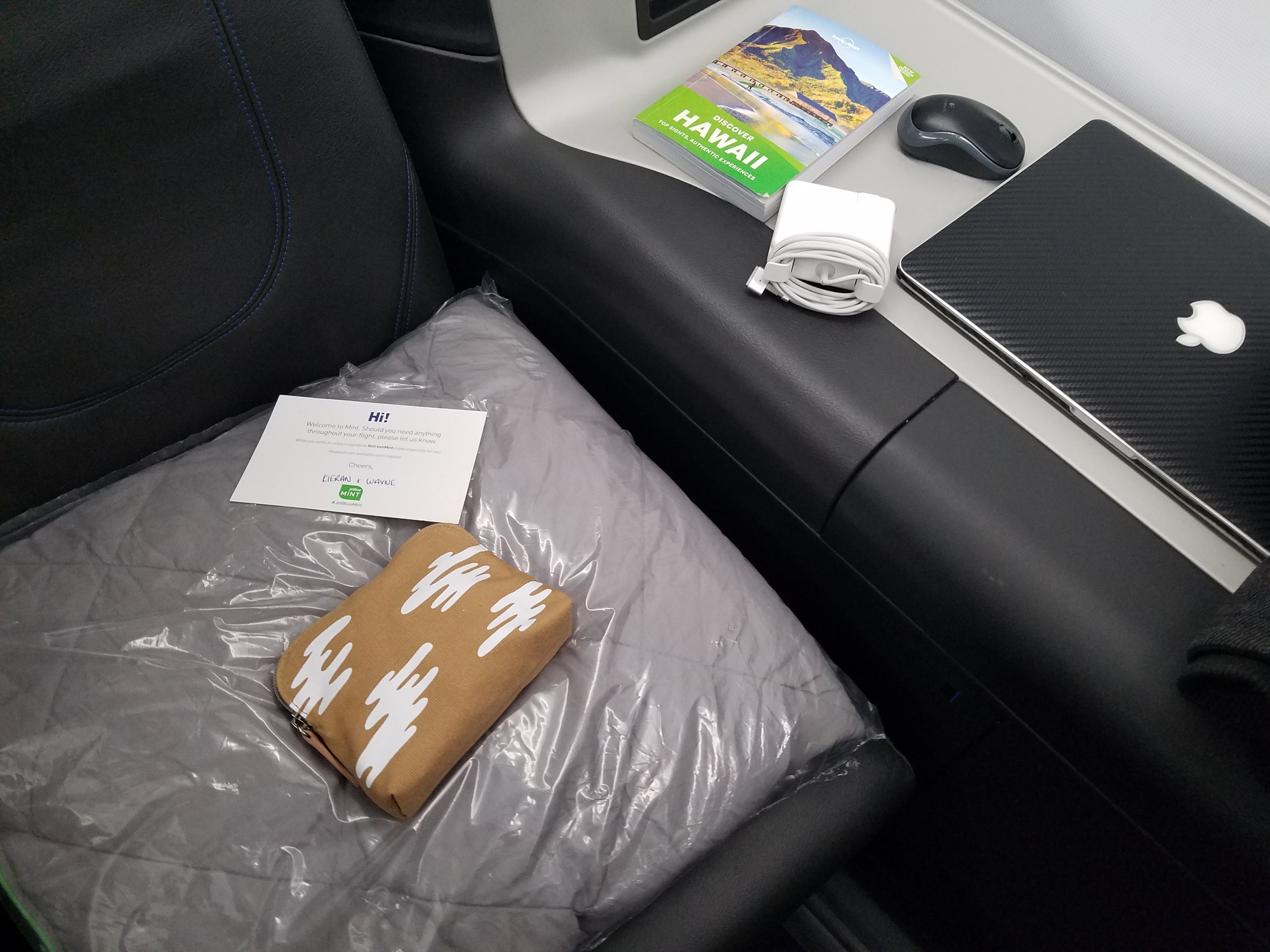 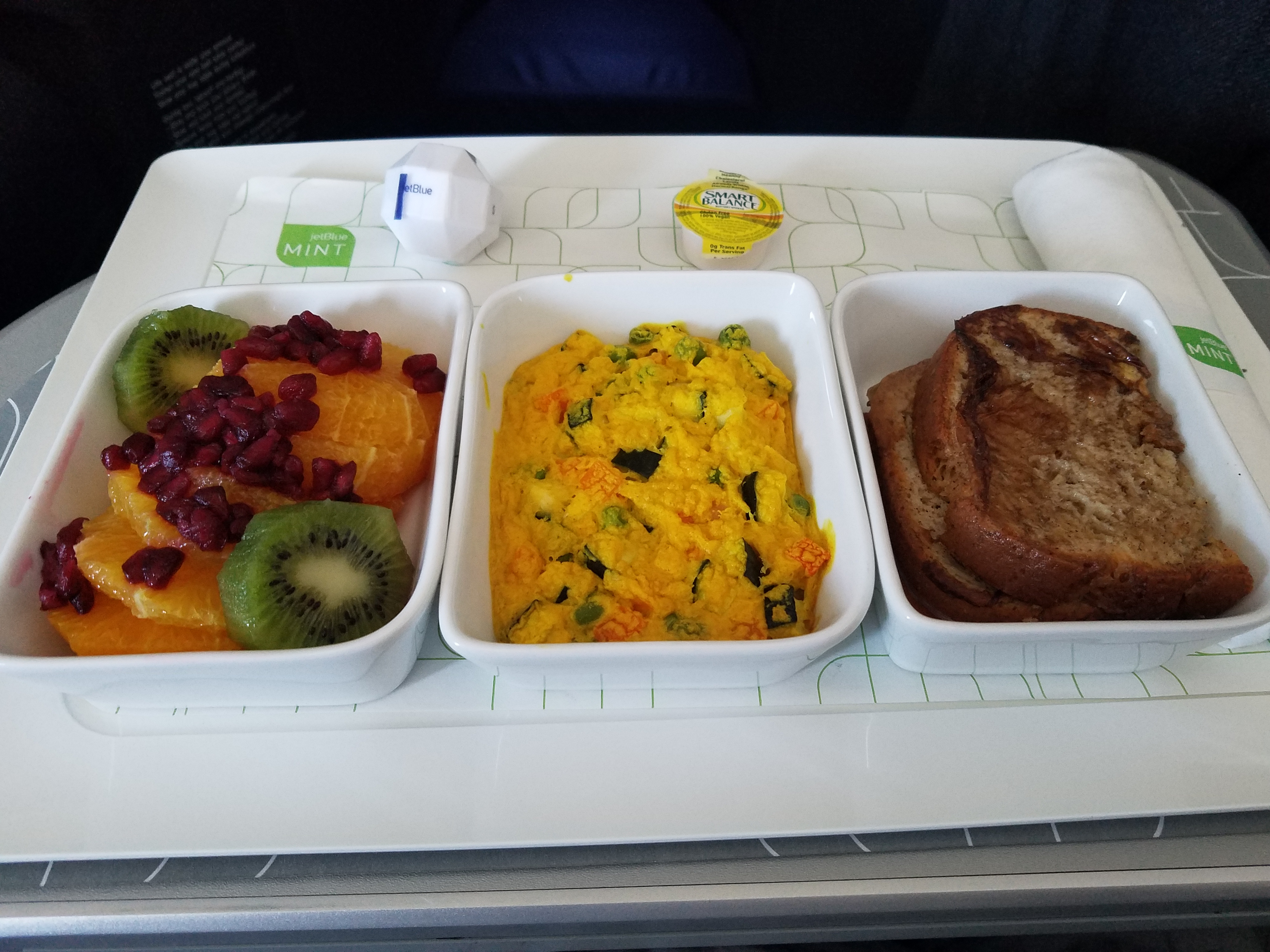 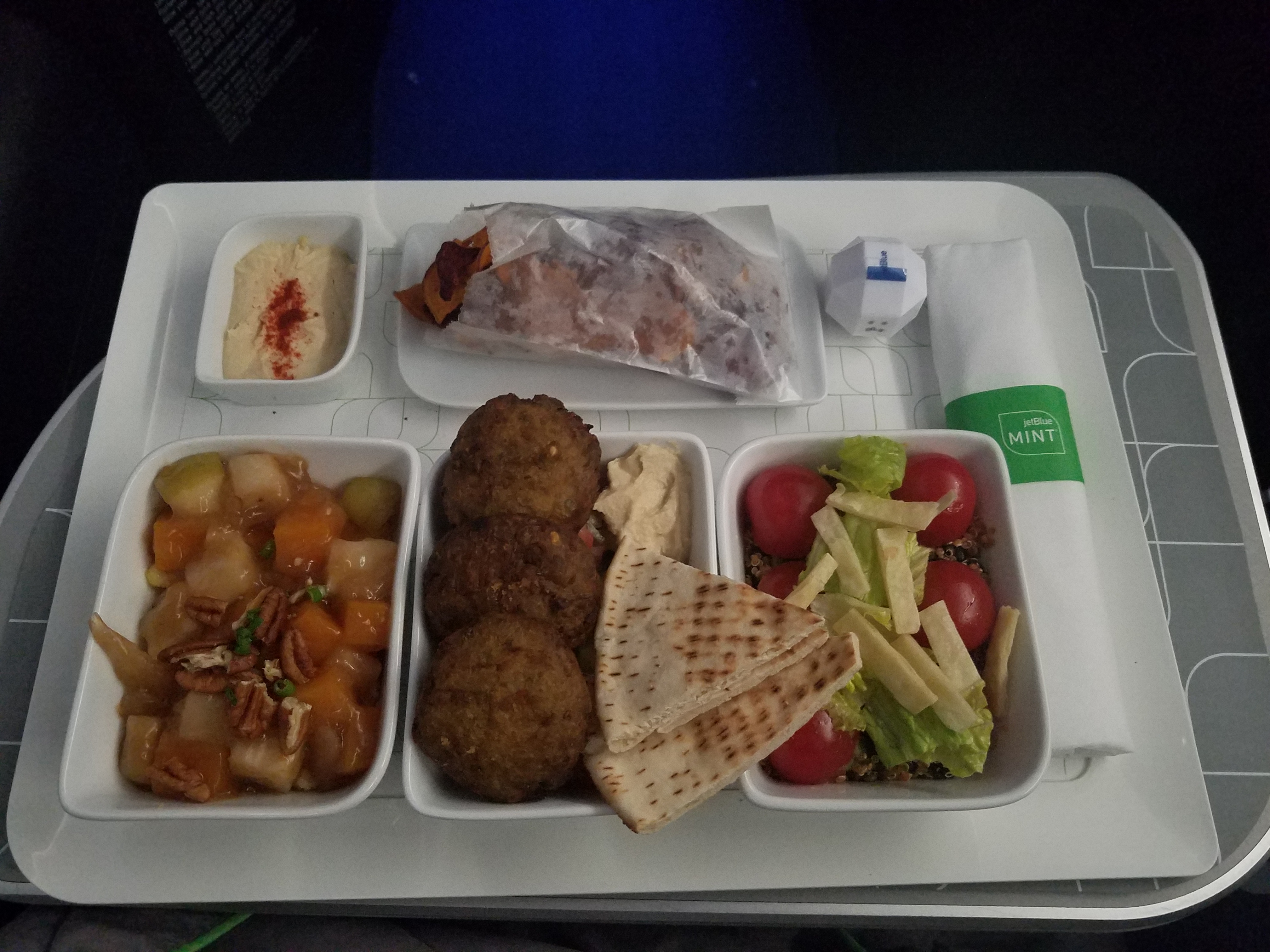 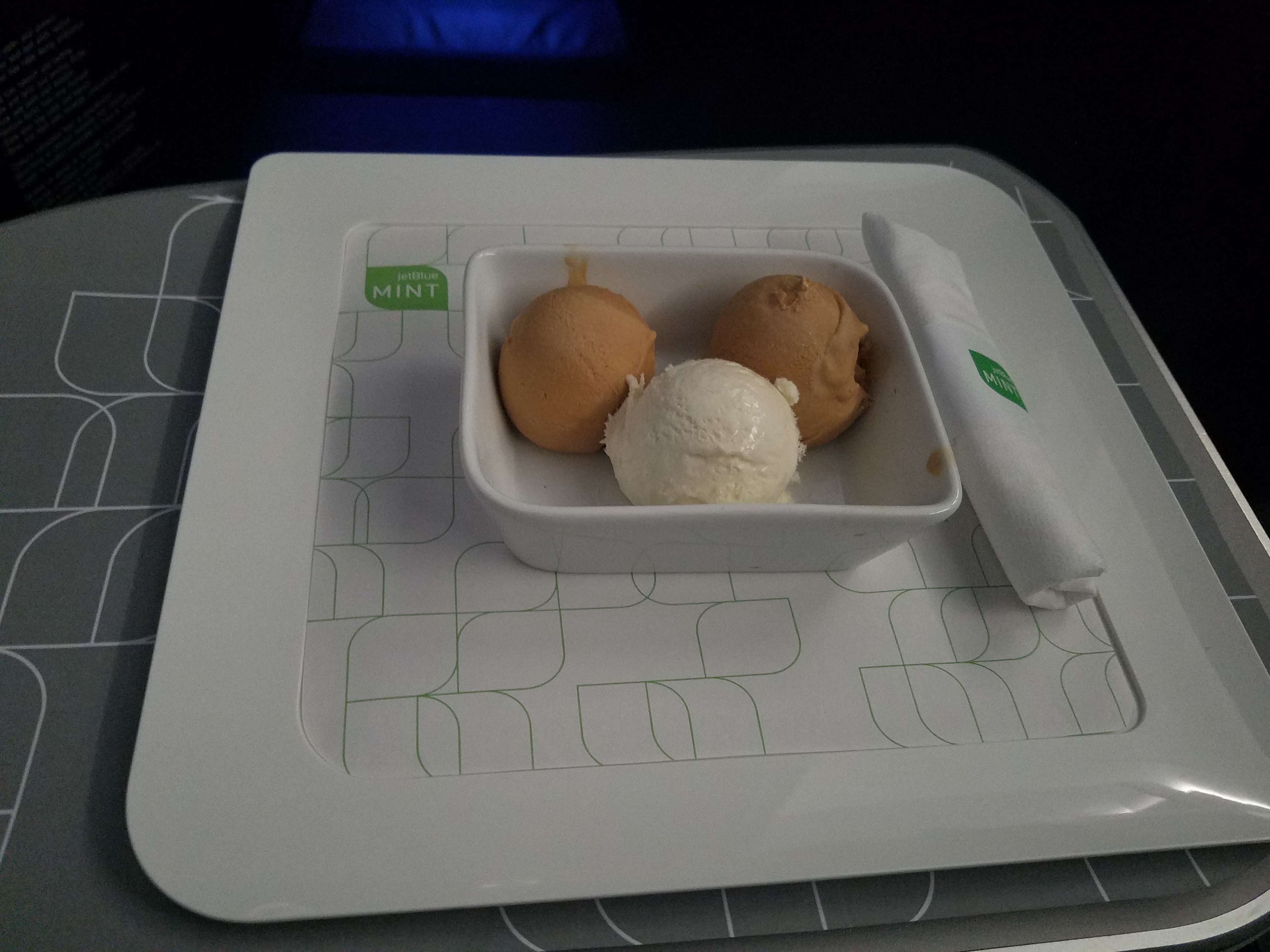 We decided to review business class trip on one of the prominent airlines on a long flight. For this, we chose JetBlue’s Mint offering on San Francisco (SFO)- New York (JFK) route. Mint from JetBlue has been regarded as first of the business class experience in domestic traveling. Our decision on choosing this segment was based on the fact that the flight time is approximately five hours and we had the ability to check out daytime as well as night time (Redeye) flying experience. Furthermore, the flight from SFO to NYC departed at 7 am and NYC to SFO departed at about 10 pm, leaving us sleep deprived on both legs of the journey upon arrival at the airport. This really tested the carrier’s ability to provide us with utmost comfort and make our journey enjoyable.

Booking our tickets on jetblue.com was painless including the ability to select meal preference. However, we were not able to utilize accumulated rewards points to purchase the tickets. Most airlines make it difficult to utilize airlines miles/points and cash combination for purchases; this was no different. Nevertheless, we were able to select our seats as expected.

In regards to seat selection, keep in mind that seat rows 2 & 4 offer single passenger seat and therefore, you will not have a companion! This offers great privacy and more space around you. More on it later in the article!

We received a prompt email confirmation of the ticket purchase as expected. We were able to check in using JetBlue’s mobile app and have a boarding pass on the smartphone once check-in was allowed; typically within 24- hours of flight departure.

The alarm went off at 4 am PST on the day of the fight. After a quick shower and tea, we headed to the airport. We were surprised at the traffic and people going to San Francisco at this hour. Since the duration of this trip was pretty short, we parked in Garage A of SFO International terminal, which is the closest lot from gates. There was practically no line at security check-in.

The boarding started 40 minutes before the flight departure time. Soon thereafter boarding of disabled travelers and small children, boarding for Mint customers was announced. We were greeted with a smile and were called by our names throughout the flight(s). Such subtle personalization adds a lively touch to first class amenities offered during the entire flying experience.

Upon entering the cabin, we were greeted with a pleasant smile by Kieran and Wayne, our attendants for SFO-JFK flight. 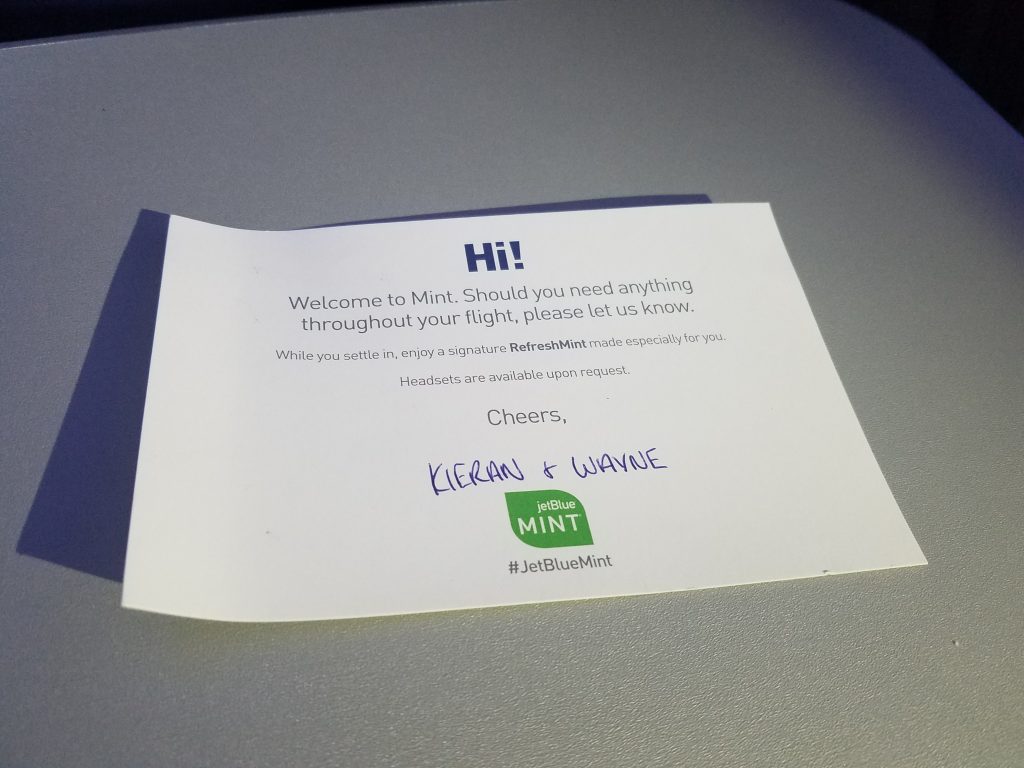 On the seat (referred as mini-suite as there was one seat for the segment, two for the entire row!), there was a welcome message from the attendants, Hopper purse, a comforter, and pillow wrapped in a plastic bag.

Kieran promptly came to introduce himself and went over the entire cabin features, controls, menu and other amenities. Basically, I could get whatever food was on the airplane. 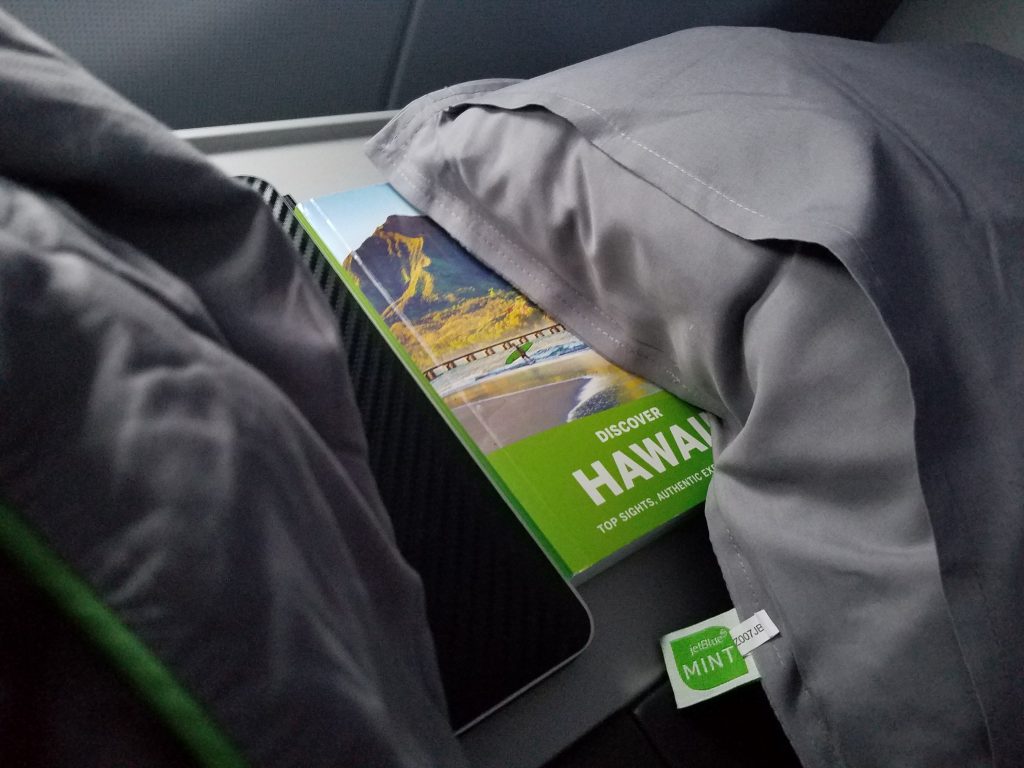 On the right side of the seat, there is a small flat area to hold cups and small items. Above this, there are series of small pockets lined with a net to hold minute stuff. There is a sliding pull open box to hold larger items such as a tablet. To its right, there is a reading light with three intensity settings. There is a water bottle just below the light and a comprehensive electrical outlet with universal plug and two USB ports for charging. 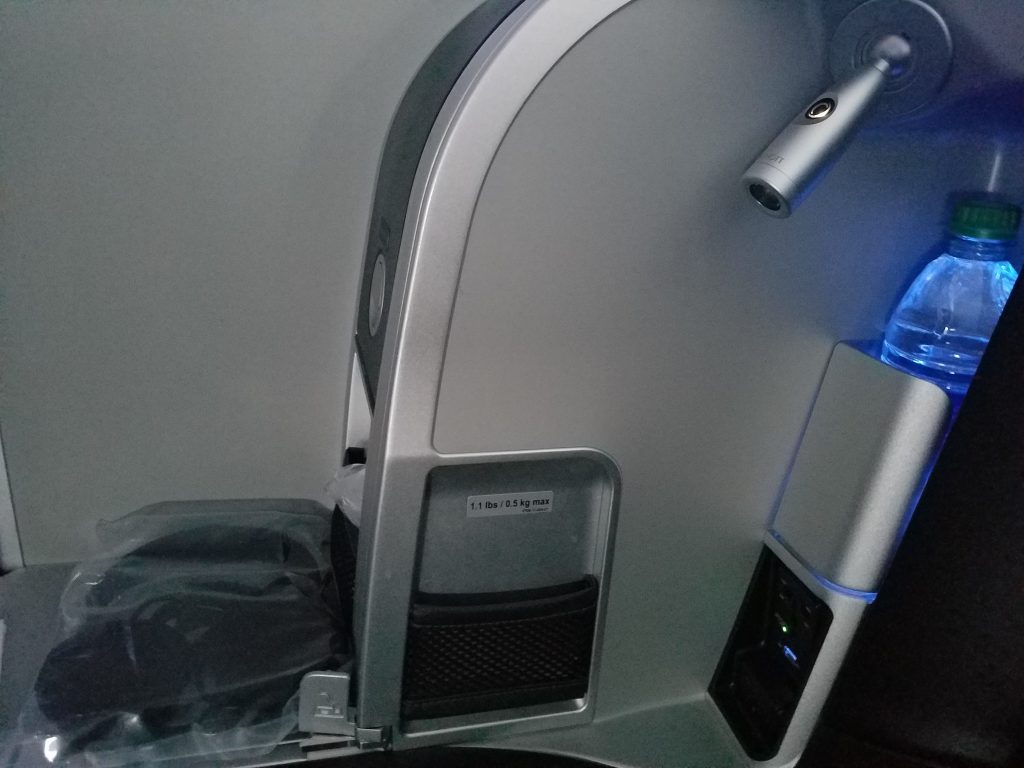 The side of the right armrest reveals a pull open sleeve for a remote control for the TV (TV has a touchscreen as well) and the seat adjustment keypad. To the left of the seat, there is a large flat area, where I was able to keep my laptop, book. The pillow and comforter were on this surface and were warm. 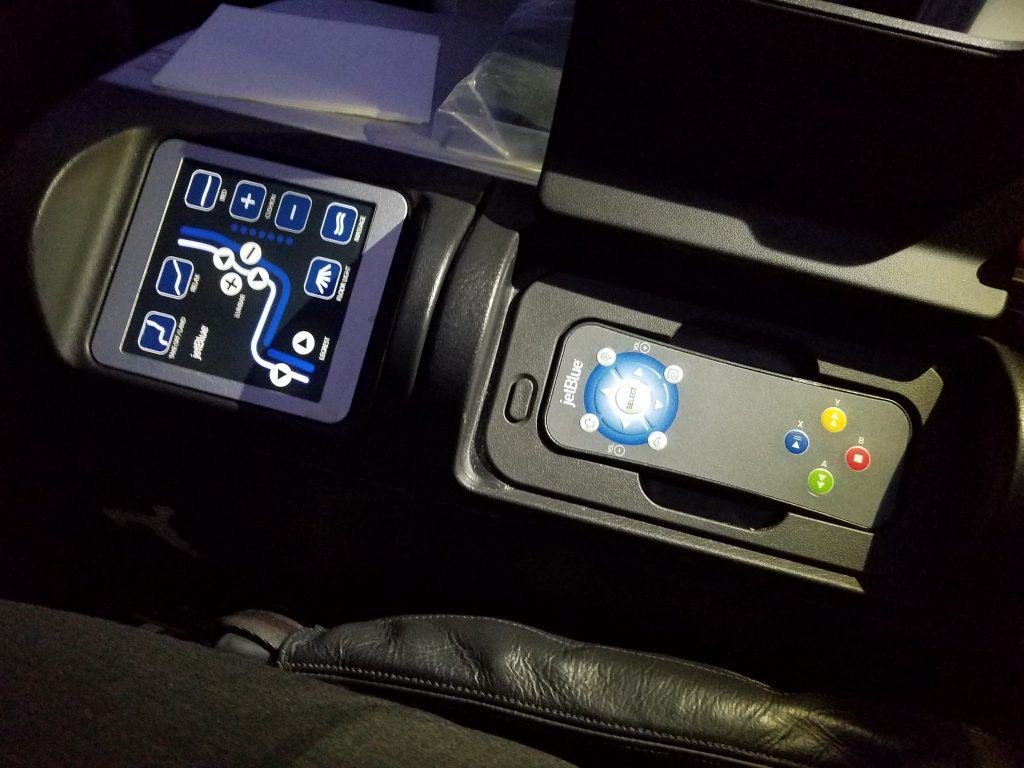 The seat in Mint class lays flat completely and stretches to 6 feet and 8 inches long. It has "BED" button for lay-flat position and "RELAX" button for a comfortable recline. Numerous adjustments in between are possible as well. There is a massage feature as well but we found it rather noisy. 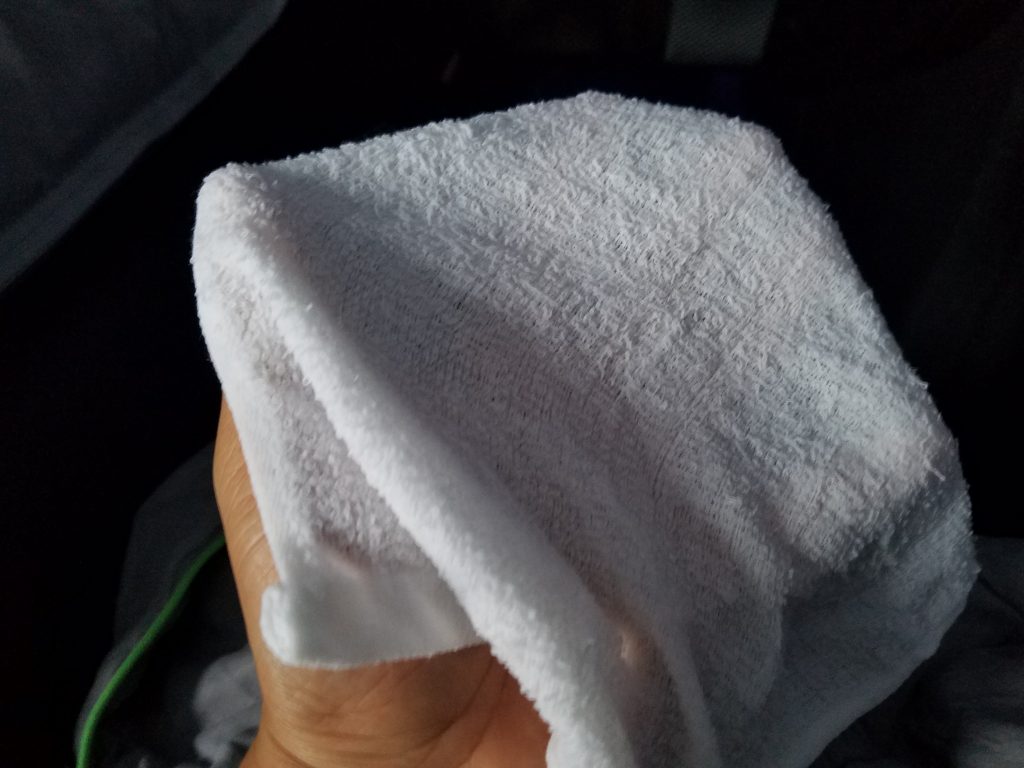 Once settled, we were served with a hot towel that really broke apart all that lousiness we were having after waking up so early. We were then served with a welcome pastry, a fresh, warm Pain Au Chocolat (yum!). I chose to have a cola in order to quench my thirst. 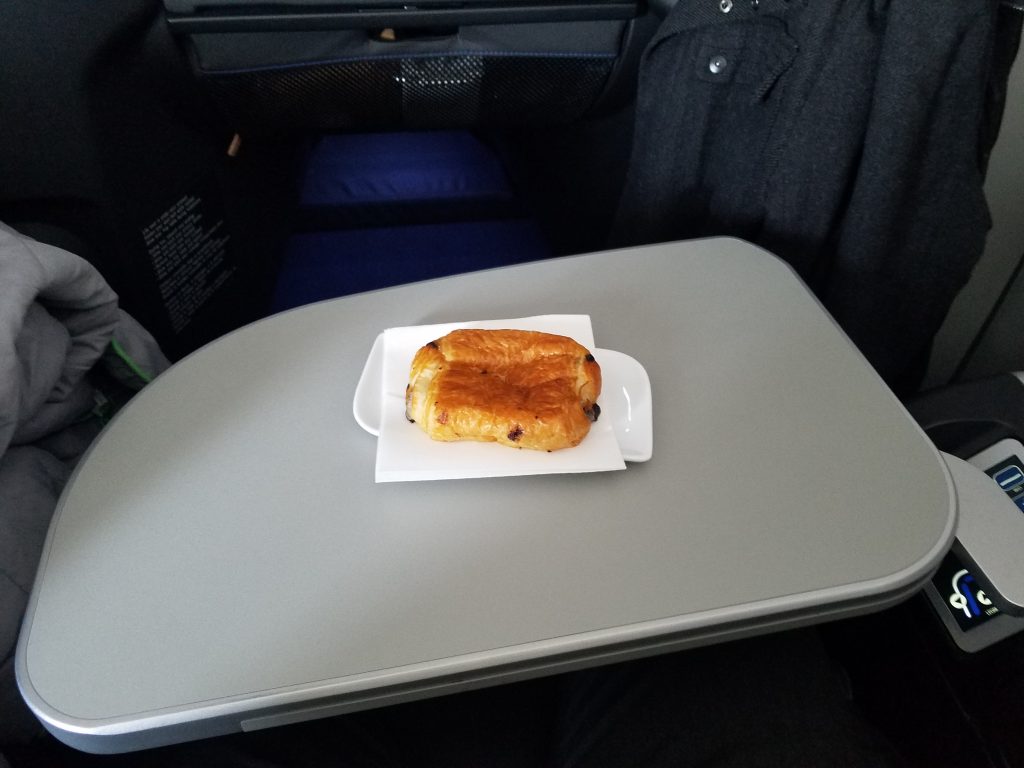 Once we took off, I was able to convert the seat into bed by pressing “BED” button.

The bed was quite comfortable and I took good couple hours nap. We found that sleeping on one’s side was the most comfortable. I wish the pillow was a bit stuffier but the comforter was warm and soothing.

The lighting was adequate for reading. We tried the inflight internet and entertainment facilities but they appeared to be slower. Who would work when there is a bed available at 37000 feet! 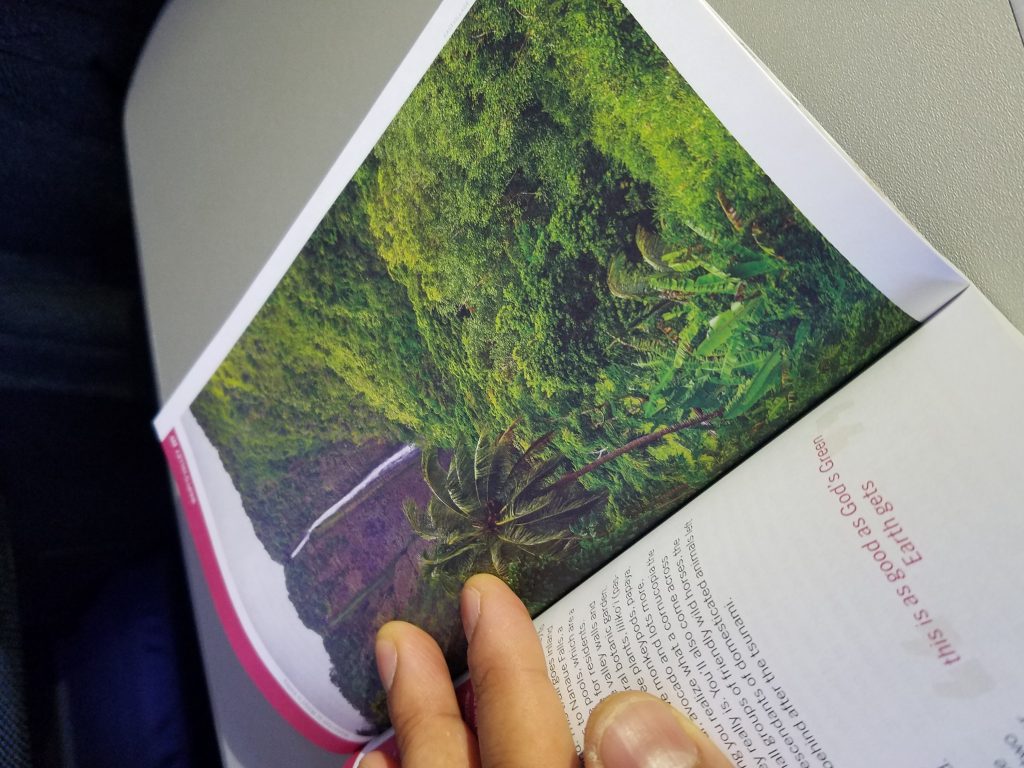 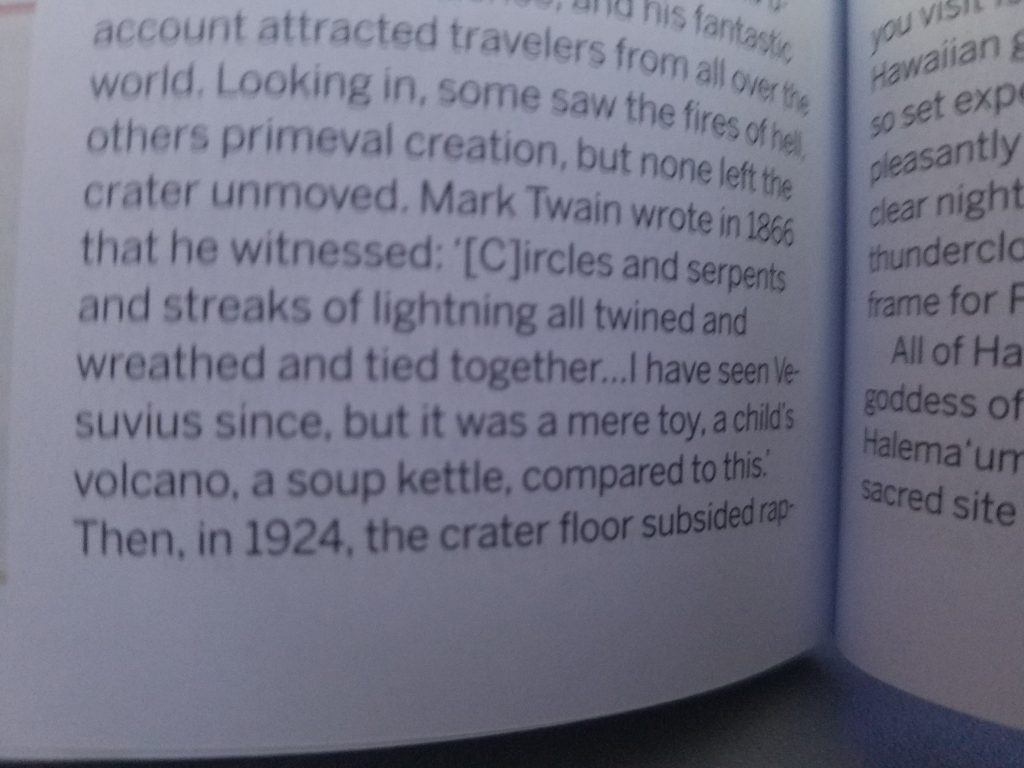 Above the right shoulder of the seat, there is a button that lights up blue when pressed. If it is lit, the attendant will wake you up when there is time to serve a hot meal! 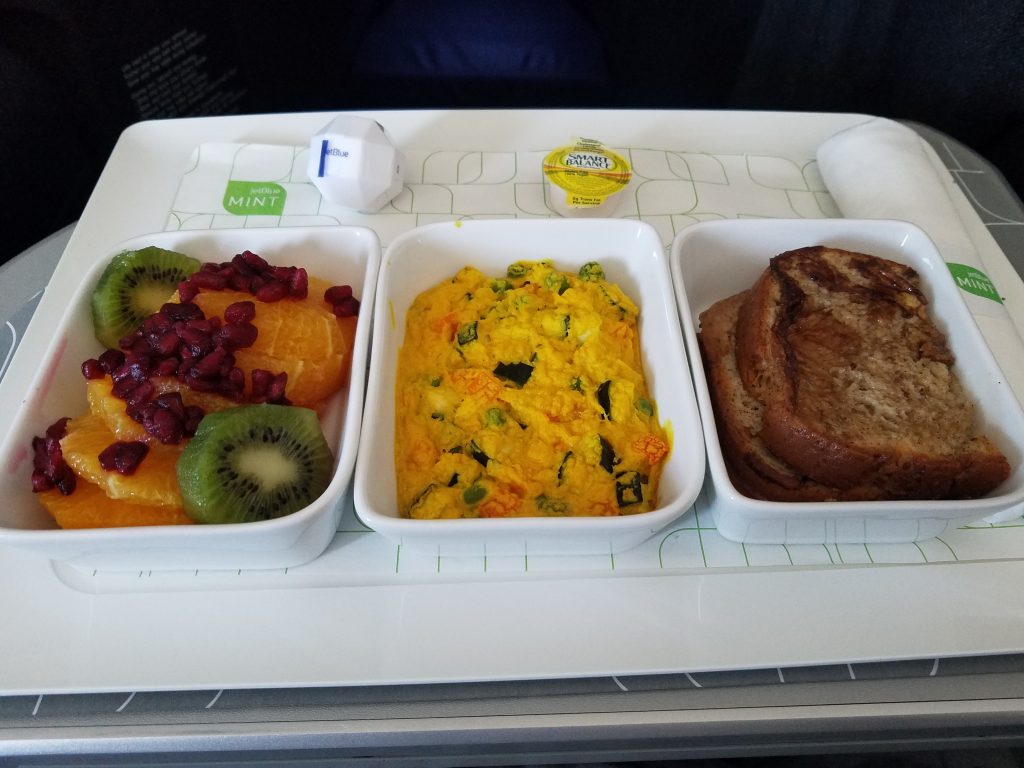 The table tray pops through the right side. The lunch (I chose Vegan option while booking the ticket) consisted of hot cinnamon syrup bread, piping hot baked vegetables and a cold tray of fruits. The pomegranate appeared to have not liked the cold at all. The portion size was adequate and appearance and taste were appetizing. There was a good selection of drinks including Champagne, red and white wine and cocktails.

After lunch, we were able to take another sleep for an hour or so. Upon waking up, I asked for a coffee and was served with a light snack, a big cookie, and freshly brewed coffee. The coffee really made my evening more tolerable as cold, snowy New York evening loomed with the descent of the aircraft. 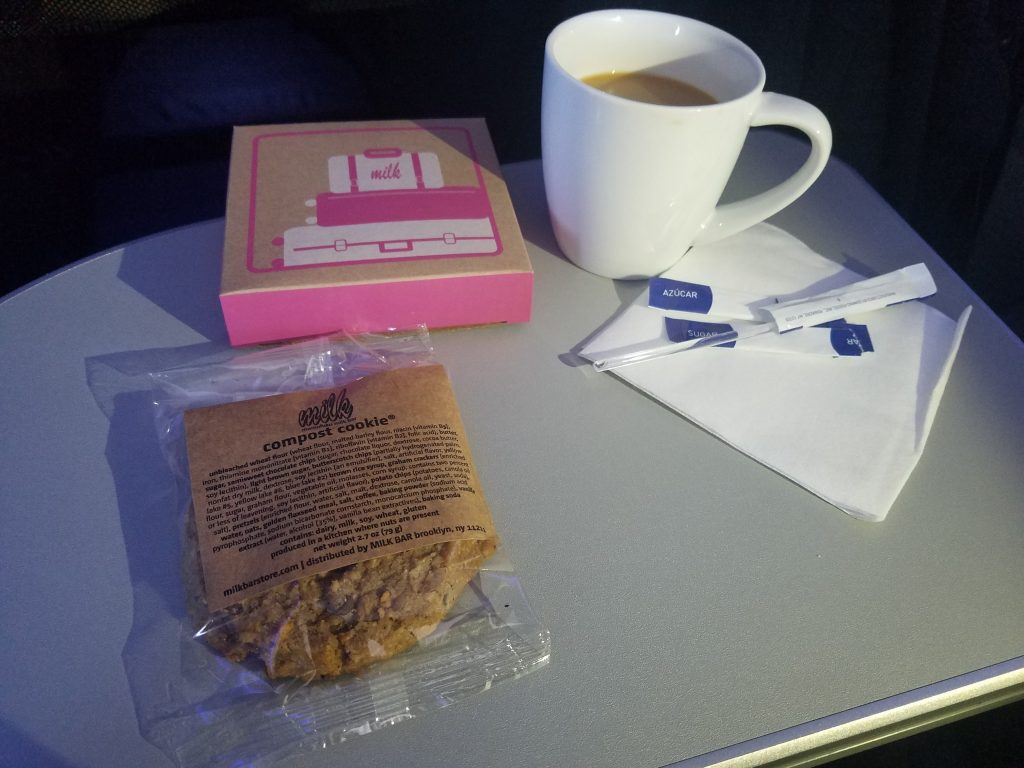 We did not have much luggage on us and were able to exit the aircraft quickly waiving goodbye at smiling attendants.

After a heavy schedule of meetings and lectures, we weren’t able to catch much sleep (accounting for the time difference between East and the West coast).

After security check, there was a brief wait at the gate and boarding was announced on time. We selected same type of seat (suite!) on the return journey. Christina and Amanda were our attendants and were excellent. 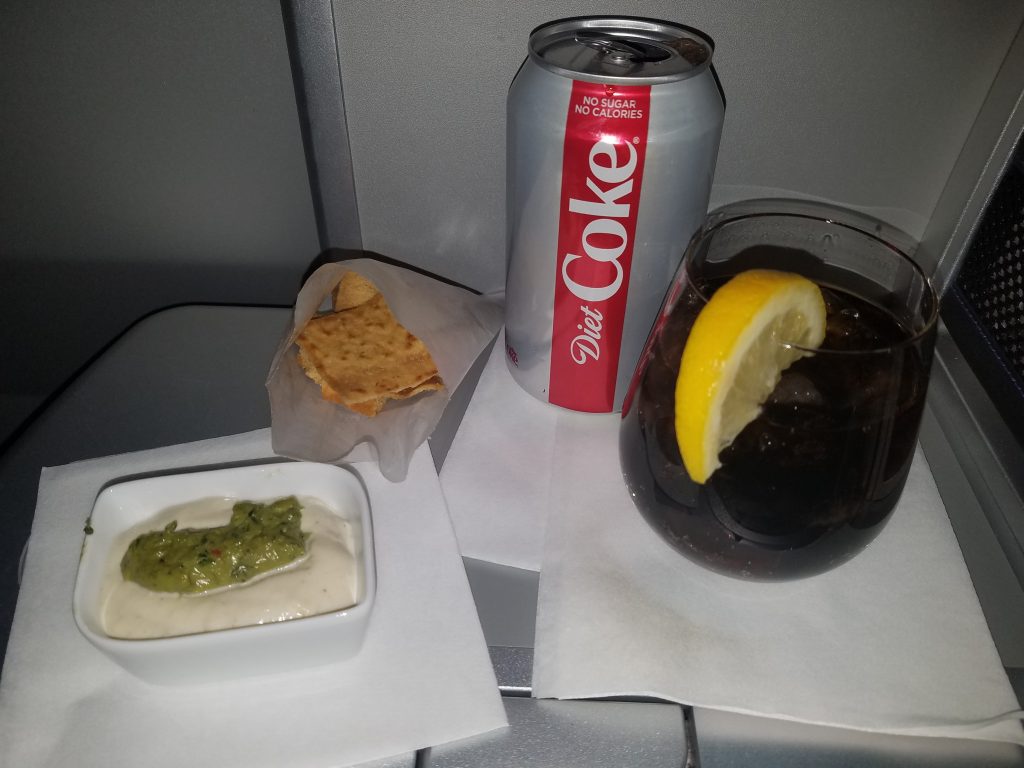 We were served with our choice of drink and given in-flight beverage and food menus.

Since the return flight was a red-eye flight, we decided to measure cabin noise and feasibility to take a meaningful sleep. I used Sound Meter app on my phone to measure ambient noise (see pictures). During takeoff, the maximum noise level was 78dB and throughout the flight, it was approximately 64dB. Not sure how these numbers correlate with your ability to sleep, but we slept very well.

Meals on return flight were delicious and portion sizes were adequate. 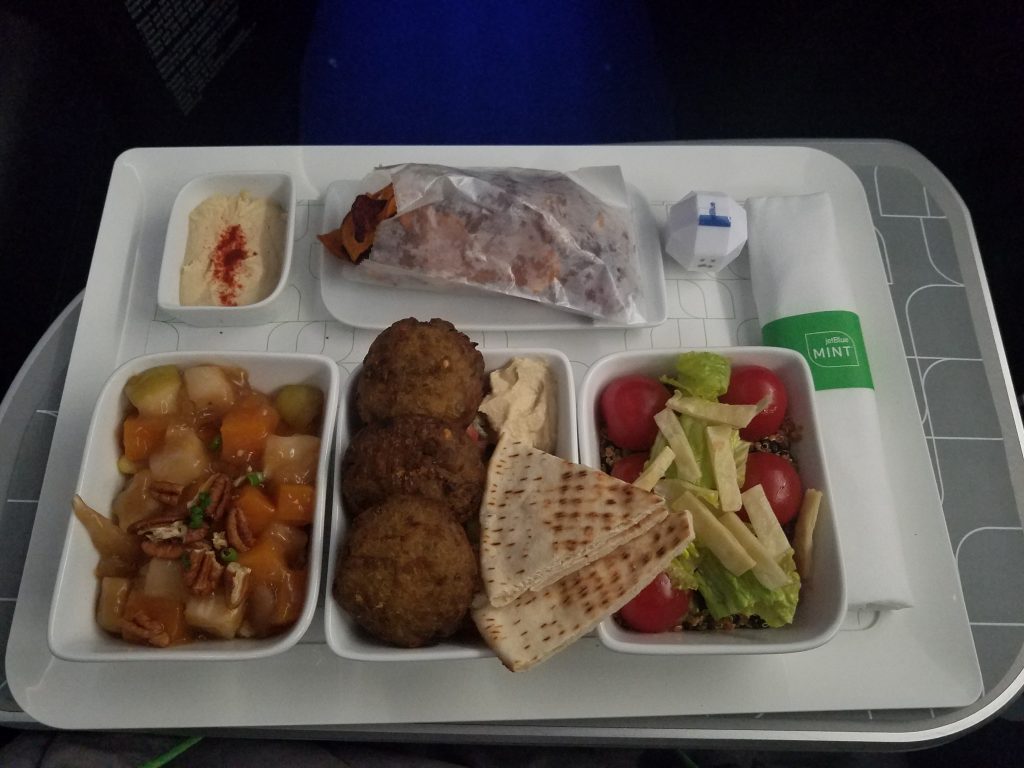 We chose Vanilla & Sea Salt Caramel as dessert (Christina recommended) instead of Sorbet & it worked as a sleeping pill. Restrooms were clean and there was no waiting for using one. 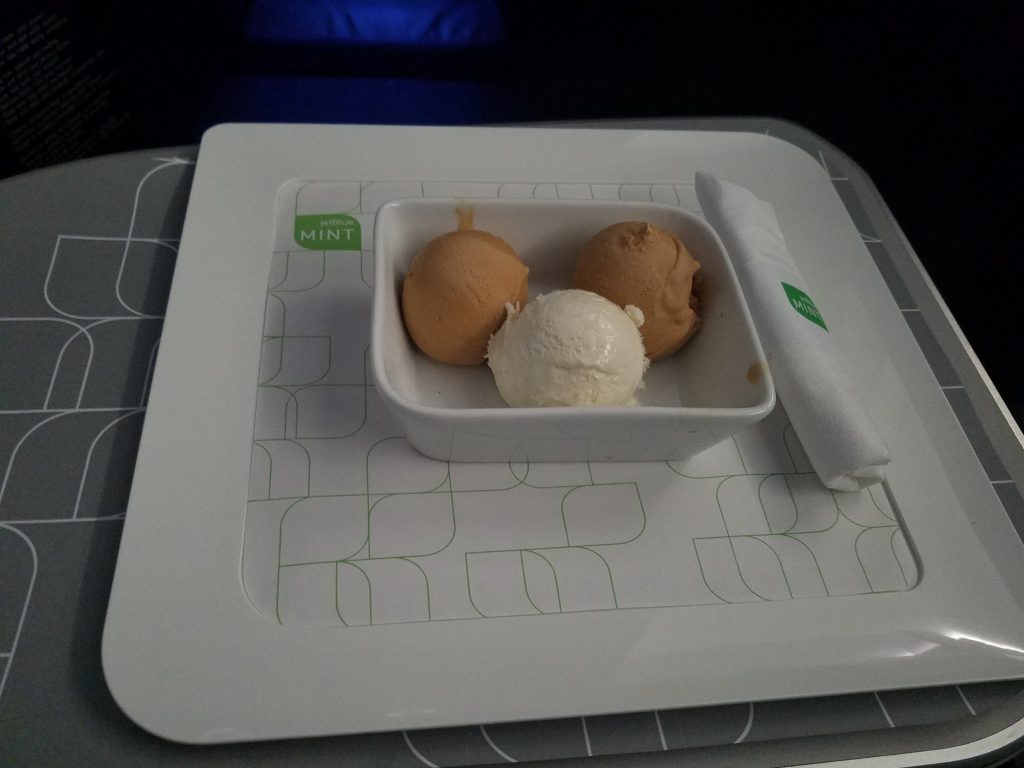 The landing was smooth at SFO and we exited the aircraft on time waving goodbye to our attendants. JetBlue sent an email with a survey on the journey the next day.

Overall, we feel that money was well spent on this quick journey; particularly one where flight times selected would interrupt our sleep-wake cycle. This cabin is not the first class but it certainly lives up to its price, reputation, and expectations.

Ratings (out of five)